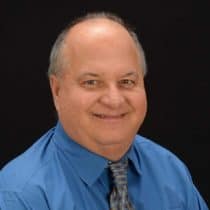 Tim was licensed and started his Real Estate Career in 1981 in Binghamton, NY as a salesperson and earned his Broker’s license in 1987. He spent his first years in residential real estate with a small local company and then 8 years affiliated with a Coldwell Banker office where he was the first to start a Commercial/Investment Division (CID) within a CB residential office.

From 1987 to 1997 he specialized in sales and leasing of commercial, industrial and investment properties with an emphasis on environmentally contaminated properties. In 1991 he went into business and opened O’Hara & Terry Real Estate Services in Vestal, NY which he still has an interest in. He started his teaching career as an orientation instructor for the local board of REALTORS in 1985.

In 1997 he moved to North Carolina and started teaching at the Mingle School of Real Estate in 1998 where he was a senior instructor who taught both Pre and Post licensing courses as well as the mandatory Update and BICAR courses. He has written numerous elective CE courses that have been approved and taught in NC. Tim was the BIC for Springsteed Realty from 1999-2003 until he moved to the Keller Williams Ballantyne Area Market Center and served as the first BIC and Teamleader until 2004. He returned to full time teaching in 2004.